Bamboo as a building material in North east of India

The north eastern region, a landmass of eight states, spread over an area of 262179 Km2 representing around 8% of the total geographical area of the country with a population of about 39.04 million is a region which is abundant in bamboo resources. The region houses about two-thirds of the bamboo resources of the country spreading over an area of about 3.10 million hectares where 89 species of bamboos are available. The main centre for technological input in respect of bamboo is located at Guwahati and it is named as Cane and Bamboo Technology Centre.

Bamboo resource can be used for construction keeping certain points in mind.

Apart from having negative impact it is more advantageous in earthquake prone areas like North-East as the bamboo material is light in weight. It will also lead to creation of employment opportunities especially for the rural people. It also needs to be noted that bamboo is grown and used in almost all South East Asian countries. China in the present-day world has come out with many advanced technologies and different uses of bamboo. China also has the highest availability of bamboo in the world. India comes next to China. 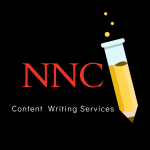